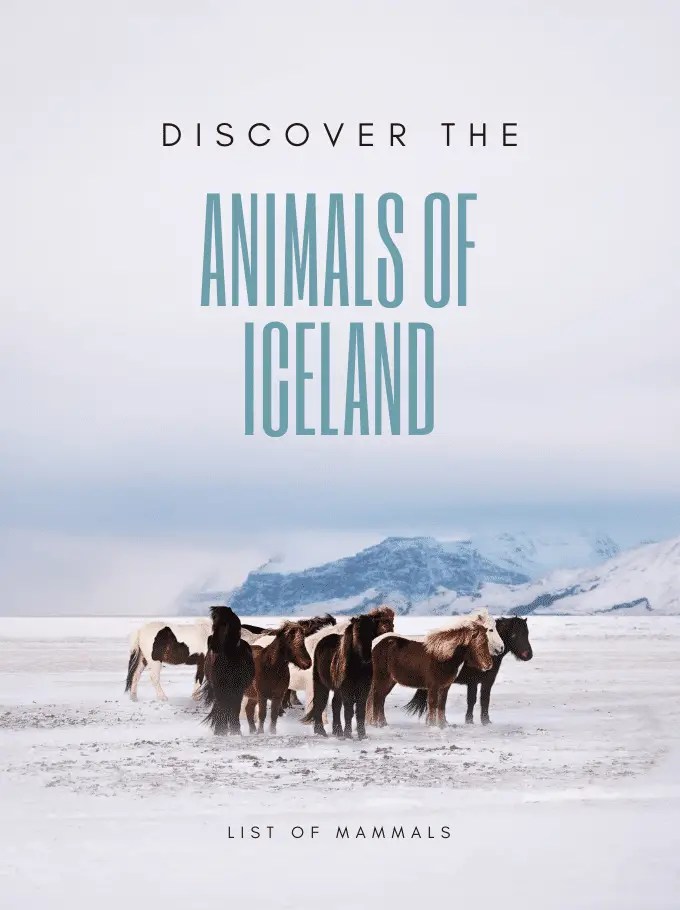 Despite being volcanically active with very little vegetation, Iceland is home to a wide variety of animals.

More specifically, there are approximately 28 species of mammal recorded all over Iceland. From the crystal clear yet icy cold Atlantic to the vast plateaus of the mainland consisting of sand, lava, glaciers and mountains. Discover 10 animals of Iceland like never before.

Below is a chart I will use to highlight each animal species’ conservation status as assessed by the International Union for Conservation of Nature.

For easier navigation of this article, please use the table of contents below.

The cold atlantic waters of Iceland are some of the animal’s favorite areas to live in. You have a unique 95–99% chance of spotting whales in Iceland during the summer months.

Believe it or not, but the Bowhead whale has the largest mouth of all animals representing close to one third of its entire body length. To top it off, it could be the longest living mammal in the world, living up to 200 years.

Bowhead whales are filter feeders. This means they feed while swimming forward, mouth wide open. They filter the ocean waters with hundreds of overlapping baleen plates, which consist of keratin. (The same stuff your hair and nails are made from.) To reinforce these baleen plates, the Bowhead whale has adopted a massive upturning lip on the lower jaw. This strengthens the plates against the massive water pressures created during feeding.

The Eubalaena glacialis, which means good or true whale of the ice, is a slow surface filter feeder. The average size of these magnificent creatures is 13m to 16m, weighing between 40 000 kg to 60 000 kg. The largest ever recorded specimen weighed 106 000 kg with a length of 18.5m.

The North Atlantic Right Whale has an extremely high blubber percentage, which made them popular whaling targets back in the mid 17th century. They would float after being killed, which meant whalers could flense or strip the whale of blubber without even taking them onboard.

As it became clear that the hunting of North Atlantic Right Whales was unsustainable, an international protection act for right whales came into effect in the year 1937.

Today there is thought to be only 400 North Atlantic Right Whales left, with scientists believing they may already be functionally extinct.

You can help prevent the extinction of the North Atlantic Right Whale by signing the petition on this link. At the time of writing the petition has been signed 181 862 times. The target is 190 000!

The Balaenoptera musculus or Blue whale is the largest known animal to have ever roamed the world, let alone in Iceland. Their long slender bodies reach a maximum length of about 29.9m, an absolute goliath of an animal.

The maximum reported top speed of a Blue Whale is between 20km/h – 48km/h, can you imagine this animal swimming past you at such incredible speeds?

Today, there are around 1000 Blue Whales found in Icelandic waters.

The mighty humpback is Iceland’s most commonly found whale. In early spring, generally around March, the Humpback whale makes it’s 7000 km journey from the Gulf of Mexico all the way up to Iceland. The whole journey takes them about 1 month.

But the journey is a perilous one, for Killer Whales lurk below. The job of a Killer Whale is to separate migrating mothers and their calves. If they succeed, Killer Whales working together will generally try to drown smaller, weaker calves. They do so by pulling and biting on their pectoral fins, exhausting the calf. This act can sometimes last hours.

In the final moments of the attack, Killer Whales will launch themselves out of the water landing on top of the calves back, blocking their blow holes and essentially suffocating them.

For the lucky ones, by the time they arrive in icelandic waters, they are extremely skinny and ready to feed on the nutrient rich waters that flow through these parts of the Northern Hemisphere.

Before humans settled, Arctic foxes were the only land mammal to live on Iceland. During the last ice age, they crossed frozen sea ice to the island, only to be stranded there once the ice started melting.

The Arctic fox is extremely well adapted to the colder winters of Iceland. Their thick fur acts as an insulator during the colder months. Incidentally, an interesting phenomenon occurs during the summer months. The fox sheds its thick fur for a thinner alternative and changes into a whitish brown color. Leading up into the winter months, the fox then regrows a completely fresh snow white coat.

Arctic foxes can be found throughout Iceland, but the highest concentrations are found in the Hornstrandir Reserve. Here they are known to be quite fearless of humans, allowing wildlife photographers to take some breathtaking shots, like the one above.

Polar Bears are the largest species of bear, weighing between 350kg to 700kg. And while they look like they’d fit perfectly onto Iceland’s vast icy landscape, they’re actually not indigenous. They ride in towards the island on melted icebergs from Greenland.

The sad reality is that if a Polar Bear is spotted on Iceland it is to be shot on sight. For the main reason that they pose a threat towards humans, being as hungry as you’d imagine after a long voyage across oceans probably without a single meal.

Luckily for the Polar Bear, this is not a common occurrence as there has only been a total of 6 sightings within the last century.

The Harp seal is a common visitor to Icelandic waters during the summer months. They tend to gather in large social groups predominantly around the island’s North Shore, Húnaflói Bay included.

In Icelandic waters the Harp seal tends to feed mainly on baitfish, codfish, capelin, shrimp and squid. Their dive range is impressive, diving 8.3 times per hour with depths ranging between 20m to over 500m deep. Believe it or not, these exquisite animals of Iceland can hold their breaths for over 20 minutes!

Highly intelligent, resilient and energetic, Icelandic Sheepdogs are the law and order for all the livestock of Iceland.

It is unlikely you’ll spot one of these animals in the wilds of Iceland. However you’re more than likely to find them in the backcountry using their herding instincts to assist farmers.

This magnificent animal is at the very root of Icelandic culture. Although small, sometimes pony sized, these Icelandic horses are hardy animals. They weigh in between 330kg to 380kg and have very few diseases. Due to Iceland’s strict law, the importation of horses onto the island is banned. Any exported horses are not allowed to return.

After spending some time around these animals, it quickly becomes apparent that they’re more sociable, curious and intelligent than other horses.

The reason for their unique characteristics derives from their history. During the early periods of Icelandic settlement, wealthy chieftains generally only had a few long boats to transport their most valuable items. Since only 1 horse could fit inside a boat, the result was that the chieftains would bring along only their most prized horse.

Thus, today only the most sturdy, strong and smartest horses remain.

Thus, the practise was banned along with any importation or exportation of sheep. This is why Iceland has one of the purest sheep breeds in the world.

During winter there are around 500 000 sheep to be found roaming the land, with numbers peaking in summer to about 800 000. Yes, in case you were wondering, this means that there are more sheep living on Iceland than humans.

Their wool is also used to create Lopapeysa, or Icelandic sweaters, famous for their distinctive yoke design. The wool is unique in that it’s been evolving to subarctic climates for over 1100 years. The result is a distinctive combination of inner and outer fibers. The outer fibers are long, glossy, tough and water resistant, while the inner ones are incredibly fine, soft and insulating, providing extreme resistance to cold.

If you are thinking of purchasing a Lopapeysa during your stay in Iceland, make sure you save around $200. Food for thought. 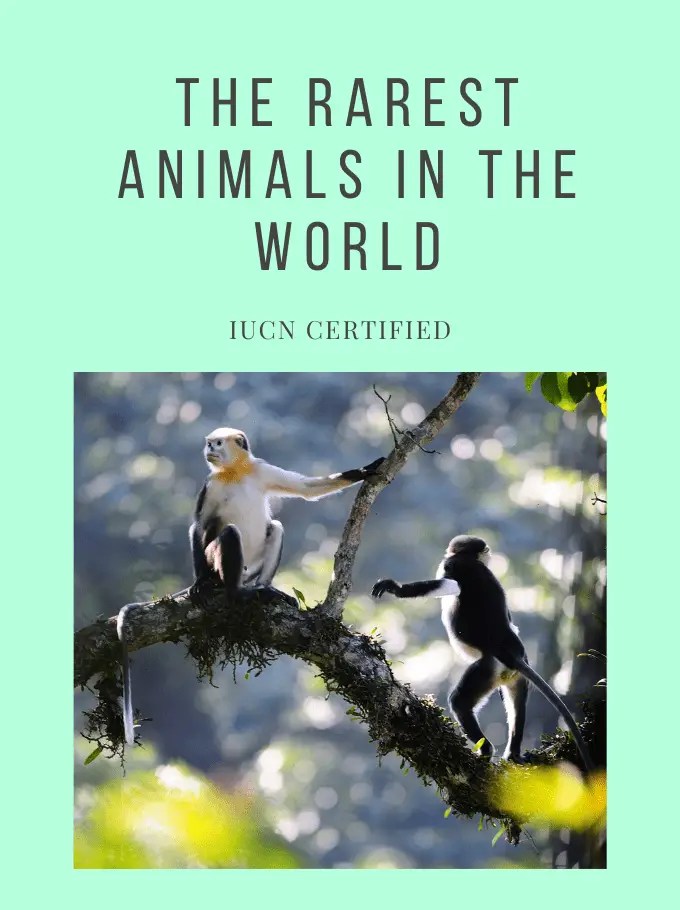 Today, some of the rarest animals in the world are threatened with extinction. Poaching, habitat loss and climate change all contribute to the desecration of our world’s most precious animals. Now more than ever, our animal companions need your help, they need a voice. You can be that voice by raising awareness on petition platforms… 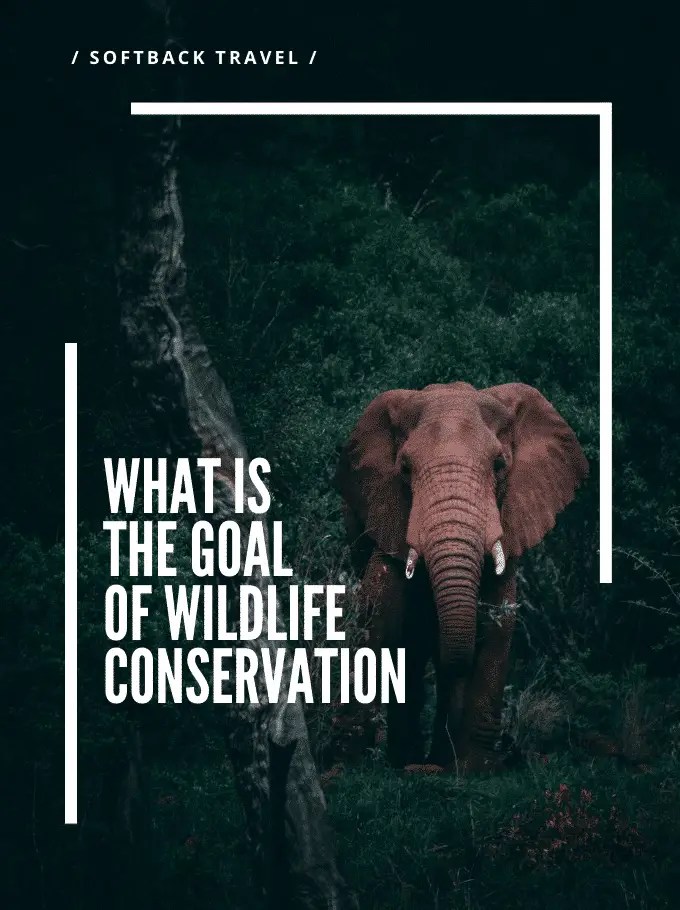 What is the goal of wildlife conservation? I’ll answer your question like this. The equivalent of one football pitch worth of forest is cut down every single second. Within a year, we literally loose Italy-sized chunks of forest all over the world. This widespread loss of forests is caused by deforestation. It’s deforestation that puts… 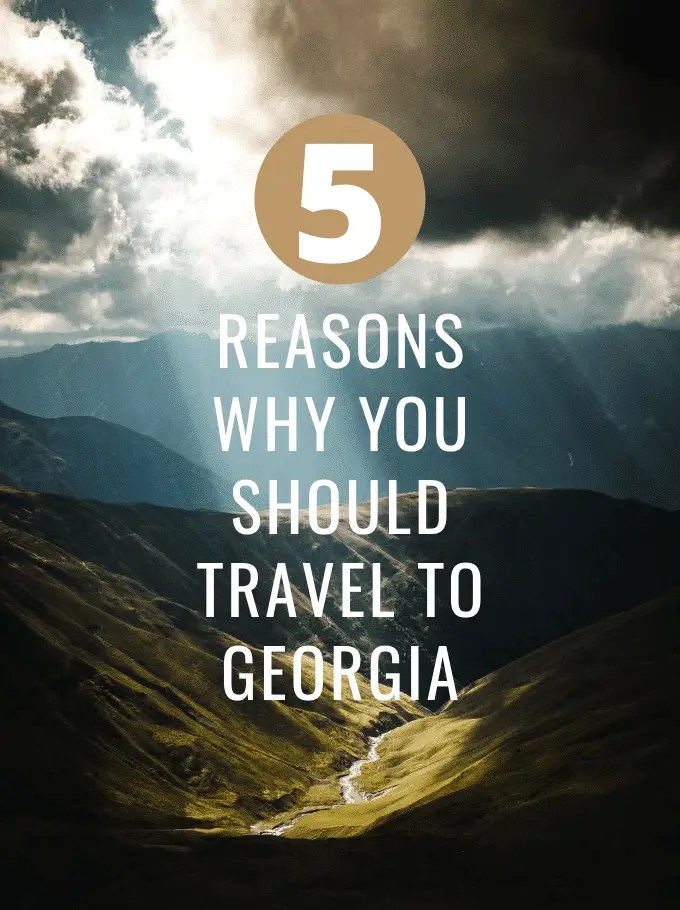 Georgia (yes, the country in the Caucasus, not the US state) might not be one of the first destinations that you have in mind when planning your next trip, but trust me – it should! Located between Europe and Asia, the Caucasian country is quickly becoming a Mecca for outdoor lovers and adventure seekers. Why… 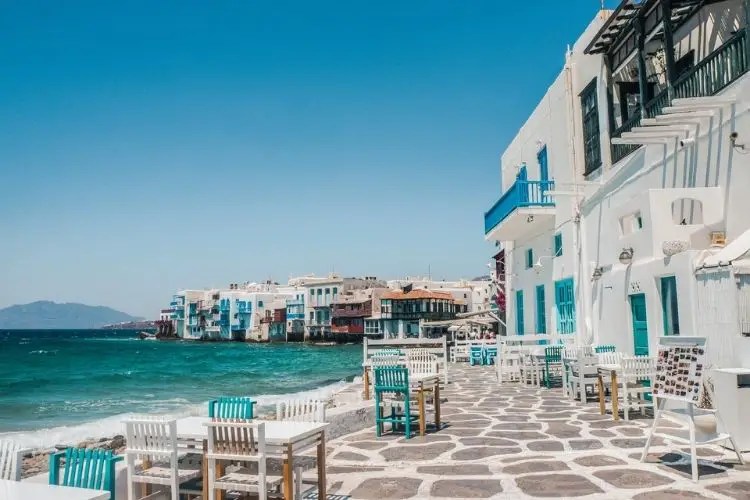 Island hopping in Greece is undoubtedly one of the best ways to explore this Mediterranean country’s beauty. It has estimated 1200 to 6000 islands, up to 227 of which are inhabited. Every single one of them has its own charm and no matter what you are looking for when traveling – you’ll find it in… 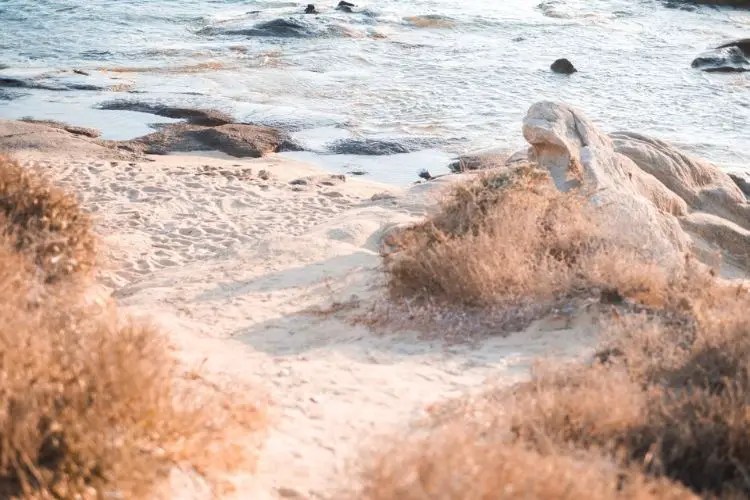 Overlooked by green hills, lush mountains and ancient ruins, Naxos’ beaches are one of the main reasons why every Greece enthusiast should have this destination on their bucket list. With world-famous Mykonos and Santorini only a short ferry ride away, Naxos has managed to stay under the mainstream tourism radar. Despite it being the largest… 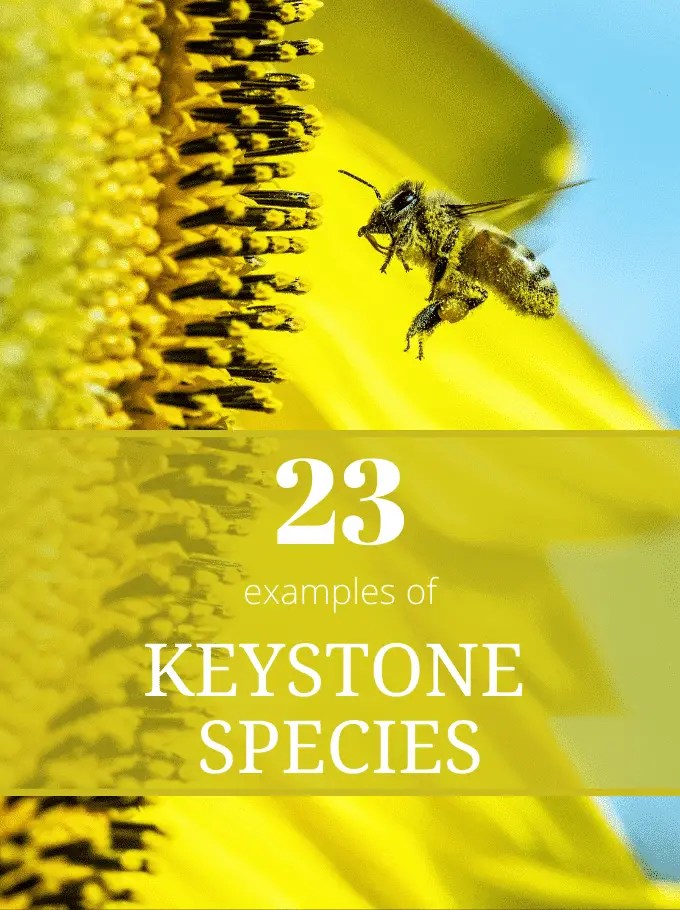